Food for Justice was this year again at the annual Wir haben es satt! protest. Last Saturday, January 22, we were at two protests of the agri-food alliance Meine Landwirtschaft to accompany activists of more than 60 organizations on the street. They demand a rapid and decisive restructuring of the agriculture and food economy.

The day began in the morning with a tractor protest through Berlin with a stop in front of the Federal Ministry of Food and Agriculture (BMEL). The farmers parked their tractors, got out and gathered for several short speeches in front of the entrance. “It is about time that the farms and people in this country are the winners of agricultural and food policy again,” demanded the alliance’s spokesperson Saskia Richartz. Afterward, a “Staffellauch,” (a leek functioning as a baton) was symbolically handed over to the new Minister Cem Özdemir and the State Secretaries Silvia Bender, Dr. Ophelia Nick and Dr. Manuela Rottmann. 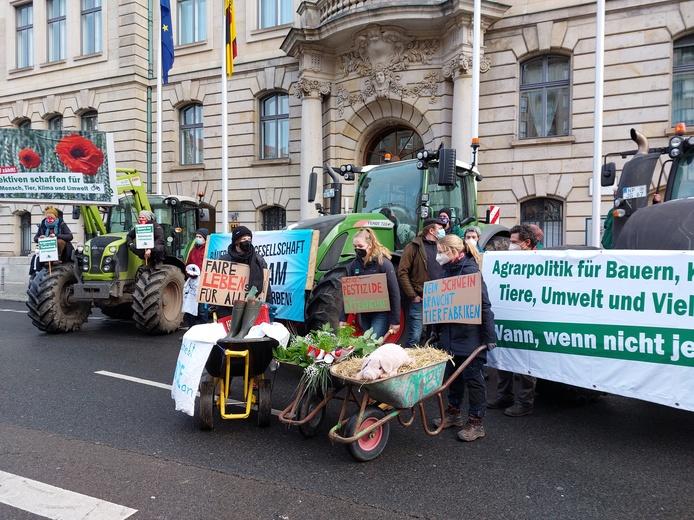 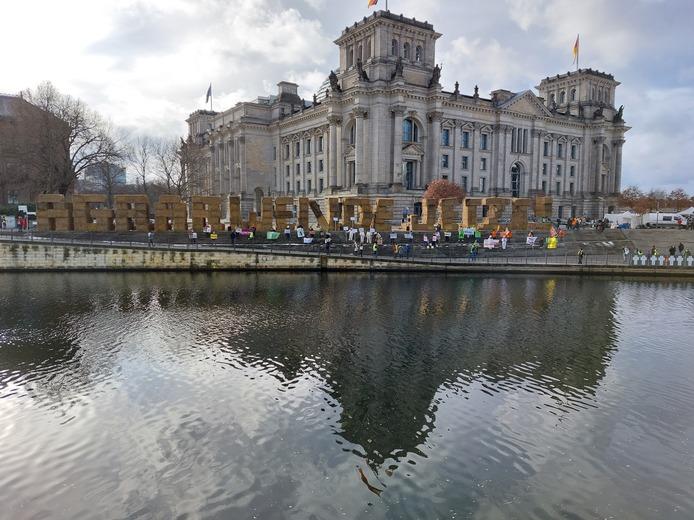 Due to the Covid-19 pandemic, a large protest march on Berlin’s streets again could not take place this year. To still give a voice to everyone, Meine Landwirtschaft called for a digital campaign #Staffelauch in the lead-up to the event. Everyone could record their demands for an agricultural and food turnaround on video and submit them. A special detail: the microphone and connecting element was a leek - passed from speaker to speaker as a “Staffellauch”. The campaign was a full success with over 1,500 creative and critical videos. Here you can watch the videos.