It is by no means easy to be a pioneer with a VHS camera. Genaro and Hermenegildo Rojas, videographers of an Ayuujk community in Oaxaca, Mexico, remember how their first video recording of the village patron saint fiesta came about in 1994. While the images transport us away to the 1990s, the videographers reflect on what the fiesta means in its essence.
It is so multifaceted that community members insist on the celebrations being recorded in their entirety, ideally for as many hours as they lasted – and will not accept a twenty-two-minute version, the length of a short film according to film festival standards.

In 2014, Diana Guzmán, María Morera, Gaudencio Moreno and Orlando Villegas, representatives of the Kotiria (Wanano) and Wira poná (Desana) from the Colombian Amazon region, visited the Ethnological Museum Berlin at the invitation of German anthropologists. For the first time, they reencountered objects from their culture, which had been brought to Germany by Theodor Koch-Grünberg more than a century ago. Their visit sparked reflections and concerns regarding the objects and the untapped knowledge “drowsing” in the museum storeroom.

Several Ayuujk men and women from the Sierra Mixe in Oaxaca, Mexico, have established small family businesses that record patron saint fiestas in the regional villages. Their fiesta videos, which are disseminated in series of up to ten DVDs, have developed into a genre popular both in Mexico and the US. Nevertheless, many issues arise during the production and viewing of the videos, prompting these filmmakers to reflect on life and work in a transnational community.

Living in Los Angeles for more than four decades, Juan Ventura returns with his family to his hometown of Yalálag in Oaxaca, Mexico, to offer altar candles and celebrate the fiesta of its patron saint Santiago. The sacrifice he brought to visit his distant Zapotec hometown has a special story. The same applies to the other guests reuniting at his fiesta after so many years.

Huejuquilla is a small town in central Mexico founded in 1578 as a missionary station for the Huichol. But this indigenous group soon withdrew to the mountainous region and left the colonial settlement free for the mestizos. Many churches and imposing buildings are evidence of an eventful history. In recent decades more than half of the inhabitants have left the town, migrating to the United States in pursuit of work. Yet once a year they return. They want to visit friends and relatives and celebrate a “typical Mexican” fiesta. They consciously combine local Easter traditions introduced by the Franciscan missionaries with current leisure patterns imported from the United States. The Easter celebrations have suffered so many changes over the centuries that now the parish priest wants nothing to do with it. Instead, the Lasher with his whip is center stage. This Easter personality wears the leather mark of a pig and imparts painful blows to anyone who crosses his path. The sons of migrant workers, who have grown up in Chicago, also take up this challenge. Only the use a stick and a hat can be used to protect oneself from the lashes. Author: Manfred Schäfer, SWF, 45 minutes, 2000.

This is the extraordinary story of Anacaona, a glamorous all-girl orchestra which stormed to success in 1930s Cuba and became the toast of Old Havana. Founded by Cuchito Castro (and eventually comprised of her ten sisters), this group took their exotic 'son' rhythms across the globe before fading from the international limelight, while remaining very popular on the island after the Cuban Revolution. They would change forever the role of women in the musical arts in Cuba. The DVD consists of two parts: The film Havana Girl Orchestra – A Cuban Family Chronicle, 45 minutes (see below) and vintage clips with Anacaona’s music. Co-authored with Manfred Schäfer. Pa’ti Pa’ mi/Termidor Musikverlag, DVD, 85 minutes, 2008.

The Huichol live in the remote mountainous region of Nayarit and Jalisco. For them Wirikuta is paradise and the home of the gods, but not an unreachable distant, mystical land; Wirikuta is located around 600 km away in the desert of central Mexico. The strenuous pilgrimage to get there is one of the most moving experiences in a Huichol’s life. During the journey of several days, pilgrims fast, seldom sleep, follow the instructions of the shaman, and confess their sins in front of the fellow travelers. The journey nowadays is made by truck, which brings new challenges. The film accompanies a group of pilgrims as they become gods when they consume peyote under the guidance of a shaman. Co-authored with Manfred Schäfer. WDR/SWF/3sat, 16 mm, 45 minutes, 1998.

The Rarámuri are an indigenous people who mainly make their livelihood from agriculture in the Sierra Madre Occidental in Mexico. In winter, however, many travel to urban centers of northern Mexico to “stroll” through the city streets and do business there. For two months the filmmakers and anthropologists Ingrid Kummels and Manfred Schäfer accompanied Rarámuri as they traveled to cities in northern Mexico. They discover that this type of city travel has a long tradition. The Rarámuri present themselves wearing traditional attire to sell their goods, baskets, and medicinal herbs, more easily. Today some Rarámuri have begun to settle in the cities, where they are importing their traditions. Co-authored with Manfred Schäfer. WDR/Arte, 16 mm, 60 minutes, 1998.

The Seri have adapted well to the transformation from a life as hunters and gatherers to participation in a modern market economy. Around 500 Seri live on the coast of Sonora. The men earn an above-average income through fishing, since they are familiar with the habits of sea animals and are entitled to fishing rights in the Gulf of California. Recently the women have resumed weaving large, coiled baskets, which are sold to museums for several thousand dollars – or a used car. But the Seri are not biased towards modernization. Families regularly forego the comfortable life in the prefabricated houses of their settlement and temporarily return to their former home on Tiburón Island. Co-authored with Manfred Schäfer. WDR/SWF, 16 mm, 45 minutes, 1995.

For more than a century the Rarámuri living in the Sierra Madre Occidental of Chihuahua have been well-known as long-distance runners. Men compete by running more than 70 kilometers, kicking a wooden ball. The Rarámuri take the races – which usually continue during the night – as an opportunity to make substantial wagers in money and clothing. The film documents both the preparations and the race in which men compete. Only specialized race managers called cho’kéame, such as San Juan, are capable of conducting the lengthy and complex negotiations in the prelude to such a race. Around 100 inhabitants of two regions participate in the competition; some will confront defeat and suffer major financial losses. Co-authored with Manfred Schäfer. WDR/SWF, 16 mm, Farbe, 45 minutes, 1992.

After Matías Castro lost his savings on Black Friday, his second oldest daughter, Cuchito, together with her nine sisters, founded the women’s band Anacaona. They each earned a dollar a night performing in the open-air cafés of the Aires Libres in the very heart of Havana – the beginning of what would become the female orchestra’s exceptional, 55-year-career. In 1932 the “girl group” was an immediate smash with audiences. In 1937 RCA-Victor released recordings with Anacaona. An engagement in New York paved the way for their international breakthrough. In 1938 they performed for several months at the Champs Elysées and on Montmartre, alternating with Django Reinhardt’s legendary Quintett du Hot Club de France. In the following years Anacaona toured through Mexico, Columbia, Venezuela – through all of South America. They inspired the audience with son, jazz, rumba, mambo, and cha-cha-cha rhythms. After the Cuban Revolution the musicians continued to appear publicly until 1989. The film takes place in 1991, when five of the sisters lived in Lawton, a neighborhood of Havana. It narrates their daily life, how they cue for groceries, spend their afternoons sipping cool drinks and reminiscing about the amazing female orchestra from a personal perspective. Co-authored with Manfred Schäfer. WDR, 16 mm, 45 minutes, 1991.

For many, Cuba is synonymous with Fidel Castro. Less well-known is how strongly the Santería religion shapes the arts, daily life, and joie de vivre of the people on the tropical island. Santería was the name Cubans gave to the creed originally brought from Africa by slaves, which was then enriched with elements of Christianity before it emerged as a religion with its own, distinct characteristics. The Virgin of Charity, Caridad, is Cuba’s patron saint and at the same time she is the African goddess Ochún who personifies zest for life and engages in love affairs. Santería is as simple as that – and quite complex. The film shows how two musicians who work in a state folklore ensemble and are also active in a traditional carnival group engage in spiritual sessions to contact the spirits of the dead. It also documents a bembé celebration, which initiates of Santería must host every year for their saint. If everything works out, then the gods and saints come to earth at the bembé and take possession of the people present. Co-authored with Manfred Schäfer. WDR/SWF, 16 mm, 45 minutes, 1991.

The film portrays the sipá’ame (peyote shaman) Severico. The Tarahumara or Rarámuri who live in the Sierra Madre Occidental of Northern Mexico venerate peyote in a very respectful way. Severico is one of the few religious specialists who know how to communicate with peyote to heal people suffering from illness. A peyote healing during the night takes center stage of the documentary, which also shows Severico’s role as a broker between the indigenous community and the multi-million-dollar timber industry of Chihuahua. The film reflects on the limits of our ability to comprehend a conceptual world that is foreign to us. Co-authored with Manfred Schäfer: WDR, 16 mm, 45 minutes, 1989.

The Asháninka in the rain forest of eastern Peru have maintained a major degree of independency to this day. They exploit the rain forest without destroying it. At the beginning of the 1980s the anthropologist Manfred Schäfer found out that this region was threatened by large-scale development plans to building a dam, with support from the German government, which would flood the living area of 8,000 indigenous people. By studying the food supply and the economy of one of the affected villages, he demonstrated the high quality of life the Asháninka enjoy based on a relatively low input of working hours. For a year he participated in the everyday routine of this indigenous village in the Ene river basin. In collaboration with the villagers, Ingrid Kummels and Manfred Schäfer documented life in this “Green Heaven.” Co-authored with Manfred Schäfer and Asháninca of the Río Ene. WDR, 16 mm, 60 minutes, 1989. 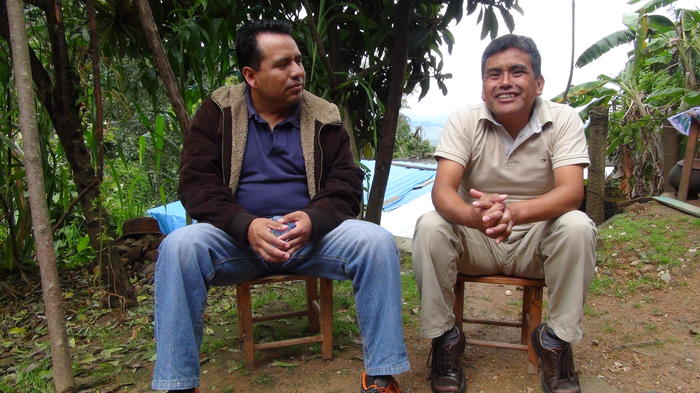 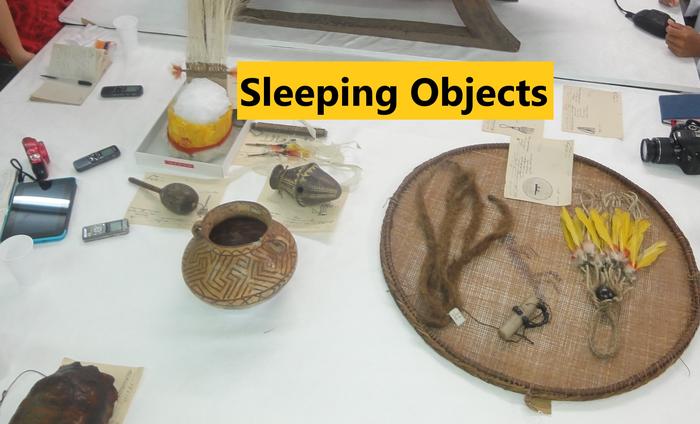 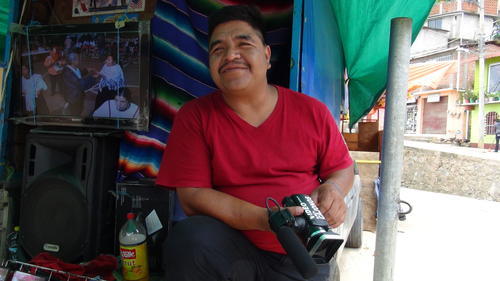 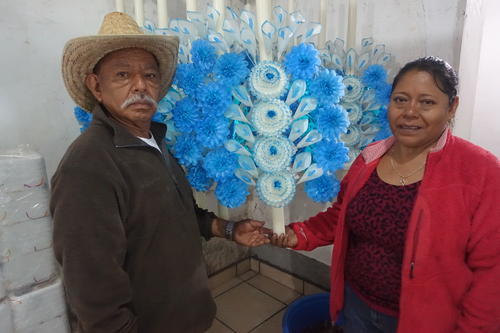 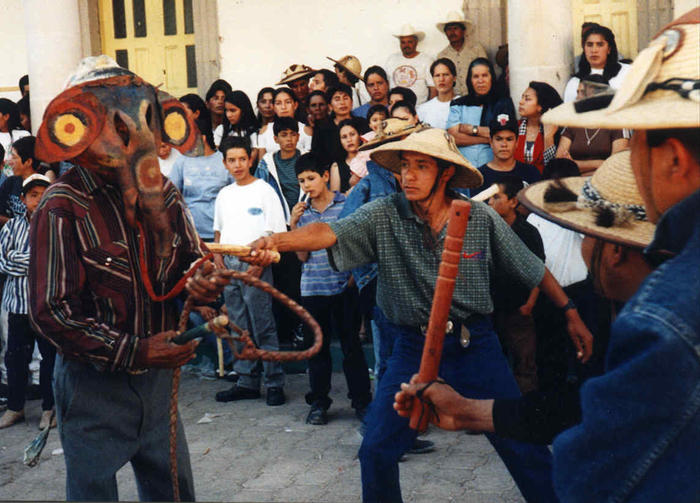 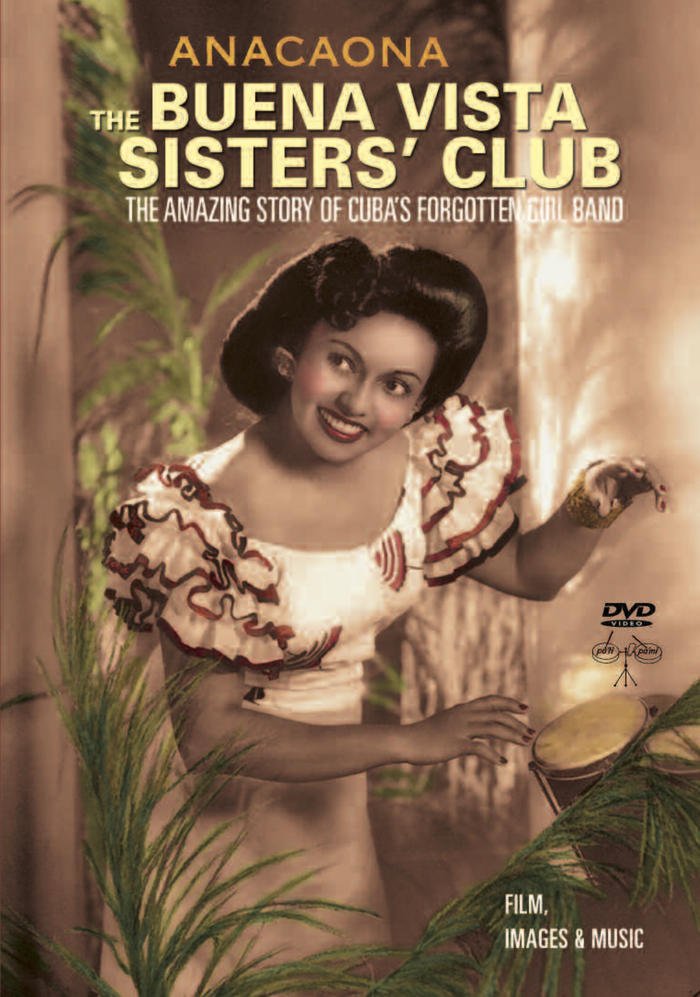 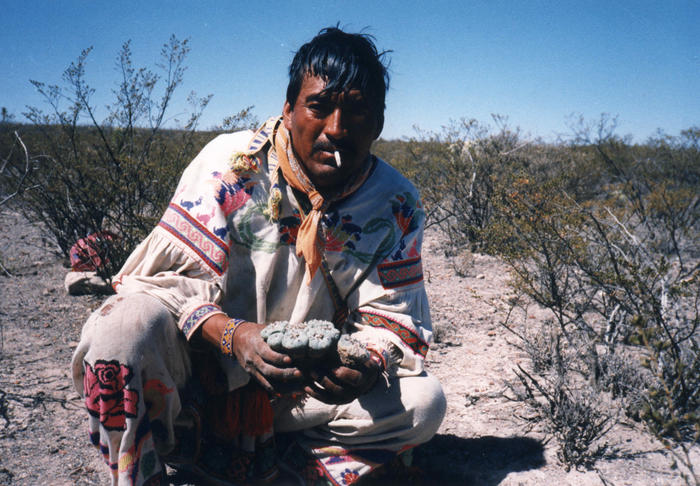 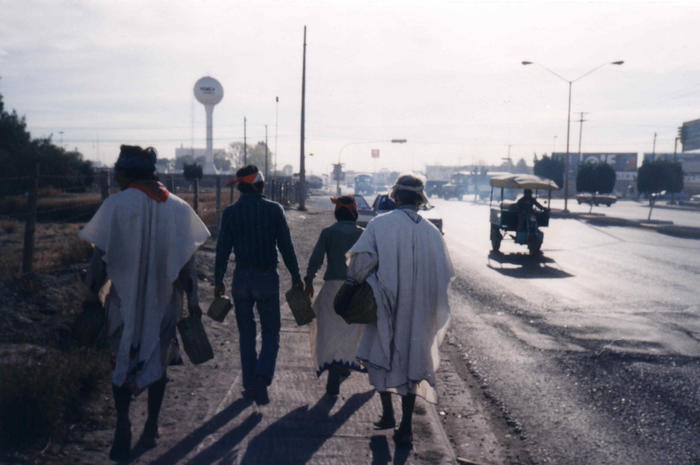 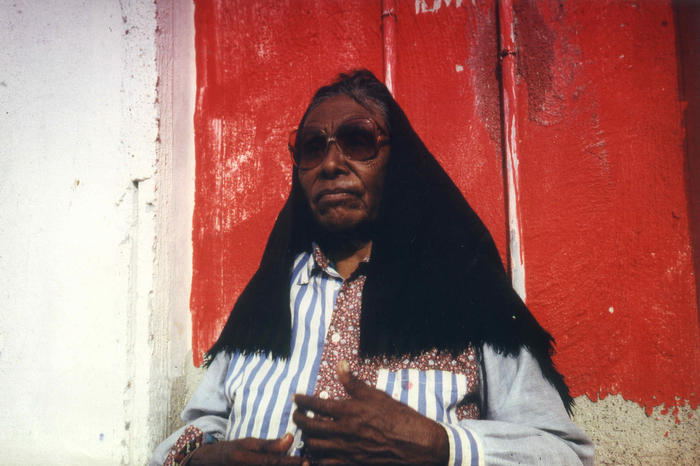 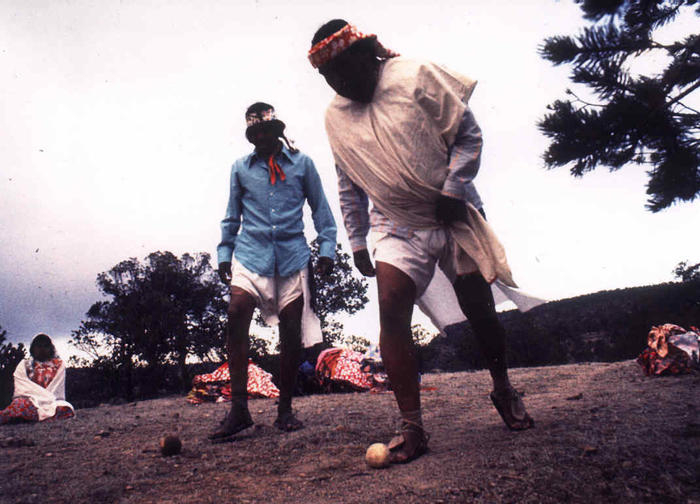 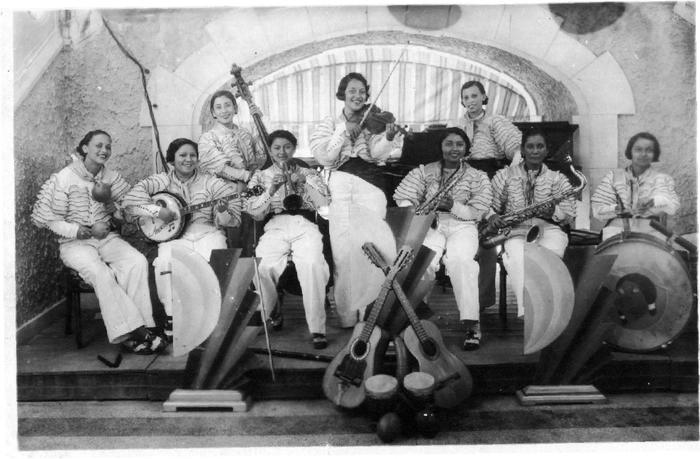 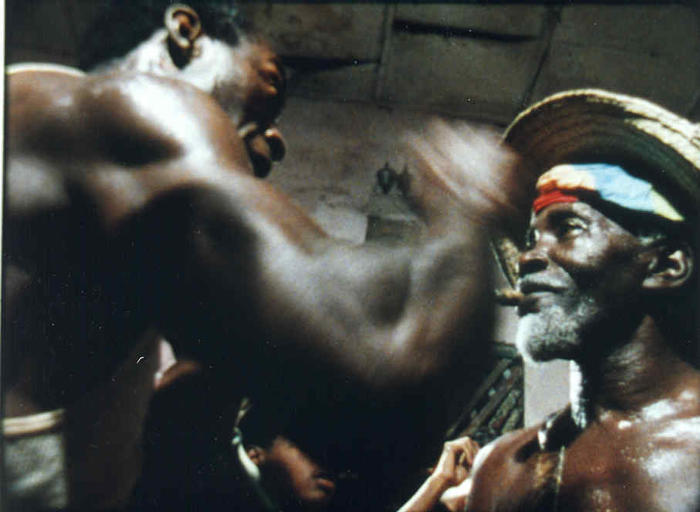 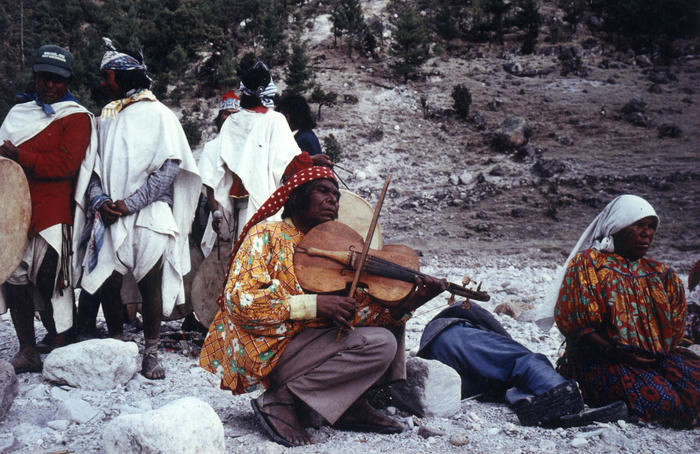 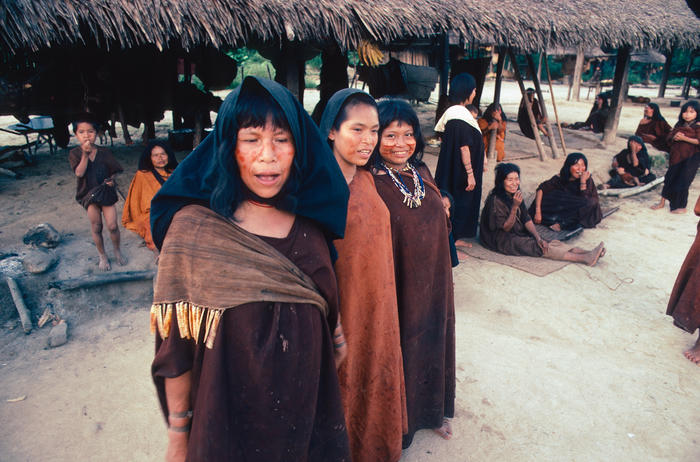 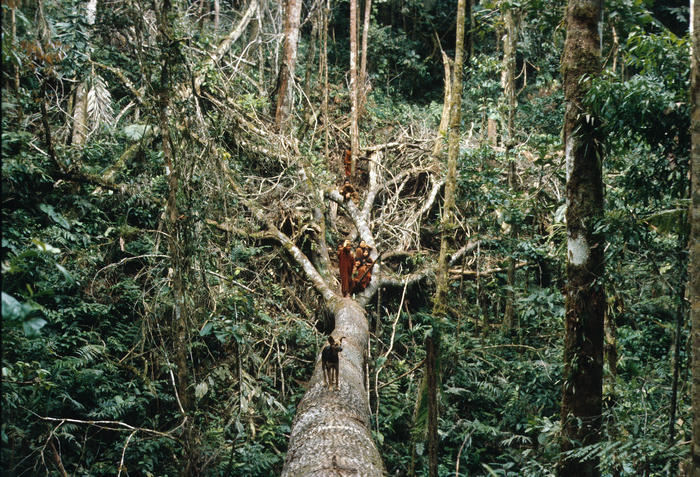